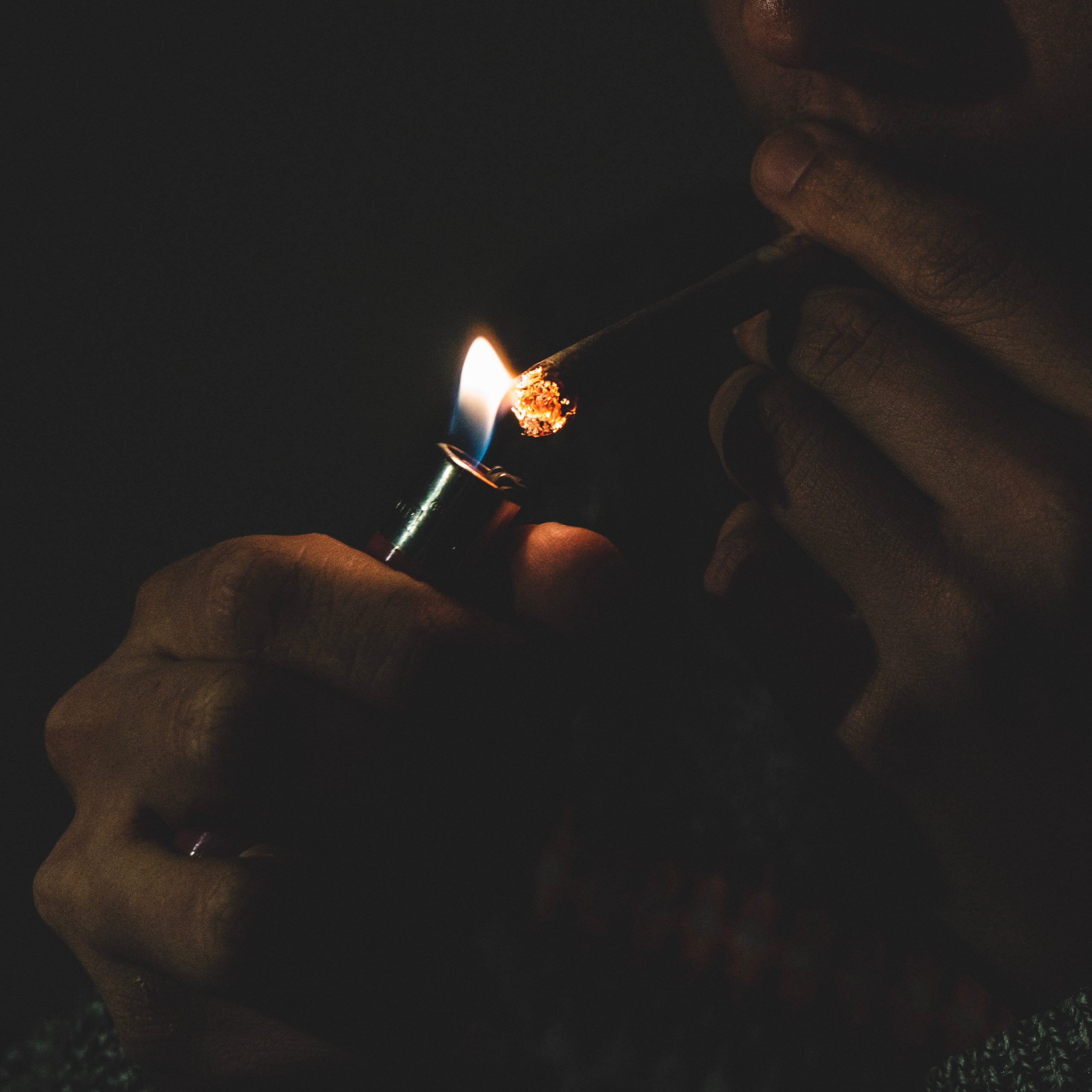 Examining Entrepreneurial Addiction (To The Ghost Of A Friend)

One of my most vivid childhood memories is of a garage door closing on a truck bed and folding like aluminum foil. Just before that happened, my brother, mother, and I all told my father the truck wasn’t fully in the garage. We discussed it before he pressed the button to close the door.

While looking at the crumpled mass that was the garage door, my dad said something about how he had to try it, because we all told him it wouldn’t work. After that, he rewrote the event. The second time he told the story, it was that no one warned him. A few more retellings and the story was everyone else agreed the garage door would close safely.

I’m writing this for the ghost of a friend who will never read it. They aren’t dead, but we have parted ways. I’m not sure if this will help anyone, but I feel I must create this.

To my Friend’s ghost

You think you’ve been berated, betrayed, and abandoned. Not just by me, but seemingly by a great many people. Your belief is wrong, but the voice in your head must be loud.

You feel I’m not your friend because I don’t support you. What you view as support is enabling. Your drug of choice is an air castle you’ve built up. You view anything or anyone who doesn’t tell you how beautiful, and real your castle will soon be as attacking you.

A different friend was a heroin addict. For years I paid for his prescription Buprenorphine. I drove him to monthly doctor’s appointments, drug tests, and the pharmacy, all because I wanted him to stay clean. Because of this, he often reacted like I was taking heroin away from him.

For at least four years, you regularly asked me for advice to market your business. You wanted cheerleading and affirmation of your gut instincts. Barring that, fast, easy, and almost free solutions to your every business problem. You ignored all advice that took time, cost money, required effort, or ran opposite whatever you wanted to do at any given moment.

At points, you were requesting advice a few times a week, ignoring most of it. Asking for more advice, ignoring that, and proceeding to make more frequent and granular requests for advice until it felt like helping a child bake an apple pie. You once asked me for a login page that I Googled to find.

You Made Me An Offer

Giving you advice wasn’t helping your business. You needed a cohesive stratagy and someone to follow through and implement that strategy. You must have realized this, as you offered to pay me 1% of revenue to run marketing for your business.

You assured me I’d be doing well with that 1% compensation as you expected to bring in a million a month within a year or two. But your business isn’t something that scales easily or profits infinitely. Hitting $1 million in monthly revenue would require at least 19 wildly profitable locations.

When you made this offer, you had one physical location. That location was open to the public for approximately five months. The total operating expenses were about $15,000 per month.

The revenue earned the month you made this offer was $3,000. The max revenue that location could generate is roughly $48,000 per month. In other words, you offered between $30 and $480 a month to run marketing for your business.

If revenue hit $1 million a month, your proposed compensation would have the CMO role earning $120,000 a year. That’s good money but under half of the median CMO compensation for a business that size in the area. I’m telling you because I know you didn’t bother to Google salary requirements when building your financial model.

The financials you detailed at that time made it clear the business had perhaps eight months of operating capital at the current burn and growth trajectory. Marketing had to work, and quickly. If not the venue would evaporate or require an added cash infusion. You may not have known it, but you’d already spent far more money than appropriate for a business like yours.

Your financial model and business approach are built on bad assumptions. You’re expectations for word of mouth growth, customer lifetime value, and distance people will regularly travel to buy from you are all wrong. You budgeted incorrectly for almost everything.

You hadn’t taken one over-resourced location to break even in five months. Why did you believe you could scale to 19 profitable locations in another 12-24 months? NOTE: the terms “breakeven” and “profit” have different meanings depending on the context, here’s an explanation.

Search your memory. How many people with qualifications specific to financial modeling offered to help you? Why did you turn them down?

I Made You An Offer

It was clear to me you’d painted yourself into a corner. I’d been giving you advice for at least four years at this point. I understood your business. I know that industry well. I was born in the town where your first location opened.

Knowing your constraints, I offered to work for deferred compensation, paid with a percentage of profits marketing generated, and direct equity. I expected to get the business profitable within a month.

As an example, I said if pre-marketing revenue is $3,000/ month, a month with $7,200 in redeemed offers and direct ads spend that generated $30,000 would be considered $19,800 in marketing value. That month would pay $2,376 to the marketer. A slightly more granular breakdown is in an offer email I sent you.

I also defined the role, timeline, starting budget, how ongoing budgets would be set, and decision authority needed. I asked for the minimum amount of control and budget I felt were required to guarantee success. My compensation was heavily discounted, so equity was a means of aligning goals and making the compensation fair. I kept open the door to discuss different terms for new locations, as they wouldn’t end up languishing without marketing for months.

I created a specific plan to avoid failure or additional capital injection. The offer was made with fairness to all parties in mind. The timeline was tight; we needed to start within three weeks because the next calendar month was likely the best month for a big launch. The calendar month after that, was likely the worst.

You Rejected My Offer

When you waited a month and rejected the offer with a Facebook message instead of replying to my email, I was shocked. The offer I made was bespoke and intended specifically to avert the current collision course with failure.

You gave reasons for the rejection, each making it clearer that the business would fail. I told you this, and I know you still think I said it only out of spite for rebuffing my offer. But that’s not so.

The reasons you gave for rejecting that offer are indicative of a bad business leader. Were you 20, they would have shown immaturity, and you were closer to 40 even than 30.

You wouldn’t commit to an adequate marketing budget for the launch until a marketing channel had “proven itself”. You wanted to run small tests and not “bet the farm”. But you didn’t have the runway for that. You were unwilling to allocate enough resources to even run a fair test of marketing, let alone a cohesive launch campaign.

In that town, businesses are built with church and chamber of commerce attendance. You needed marketing to overcome the belly-to-belly of small towns. Given the location and time constraints, I believe that the proposed $8,000 launch budget was the minimum needed to guarantee profitability in the first month.

Another reason you gave for being unable to commit to an appropriate marketing budget was the money tied up in opening a second location. You believed that location would open soon and be wildly profitable, with very little marketing. There is obvious silliness in opening a second location while the first hemorrhages money and struggles to attract, train and retain staff.

But the problems with the second location are many. The spot has sat empty for over six years and requires a lot of one-time costs and permits. I expected these costs and delays after a Google search when you first told me about that location. But they seemingly took you by surprise.

Not anticipating those predictable new location expenses, rejecting an offer without first learning the market rate for the services involved, and the general delusional hope of statements like “earning at least a million a month within a year or two” scream that you run on optimism, not observation.

Your belief equity is not something to be negotiated but should only be discussed if the founder makes an offer. And the statement that you didn’t need to rush hitting a profit as your financial model didn’t plan breakeven for another four months are a sign saying, “I’d rather be king than rich”.

You Wanted To Be King, Not Rich

You are a king You sit on the throne in a beautiful air castle that earns a million a month, with 19 or more locations. You are self-made, and friends owe you advice, only for perspective because you know best. All negativity is unfriendly. In fact, so is anything short of constant emotional support for the king. That’s in your head.

In reality, you are the CEO; you get to make the decisions. Your decisions have led to a company sustaining losses that leave the business unlikely to make more money than the capital invested into it for at least three years after it starts turning a profit. You are owed no advice or help from anyone. However, people want to help you. That help just doesn’t always come in the form you want.

Here, in reality, you are loved. Lack of availability is not abandonment. Negativity is not hatred. Refusing to work for insulting payment is not betrayal. And warnings that decisions will lead to failure have no more malice than telling you the truck isn’t in the garage.

Someone not believing in you is not actively harming you. You will not run the Badwater super marathon if you train by sitting on the couch, and no matter how much people believe in you, that will be unchanged. Life isn’t a novel where belief is magic.

I Said You Would Fail

With a light edit for grammar from the voice to text in a DM, I sent the below message the first time you asked me for advice after rejecting my offer.

“I gave you an offer that spent less than one month of your burn at the time and would have already had you profitable. I have helped you all I’m going to help you.

Again. Not trying to be mean, but I know what it would have taken to get that venue profitable. You’re going to spend an amount of money that will not work in the hopes you find a magic channel. You’re going to burn more than you make every month until you run out of cash.”

That message was sent the same day you categorically declined my offer, in response to a request for advice you made moments after sending the rejection.

You feel betrayed and berated by me because I sent “mean” messages like this multiple times. The only times I’ve sent messages reminding you of my offer or analyzing your decisions were responses to continued requests for advice. You aren’t betrayed; you’re demanding. You aren’t berated; you don’t accept answers you don’t like.

I’m not a shaman; I’m some sort of ad agency demon. My predictions are based on observations, not dark arts. But much like two of three Fortune-telling sisters in a Neil Gaiman novel, I don’t lie about the fortunes I tell.