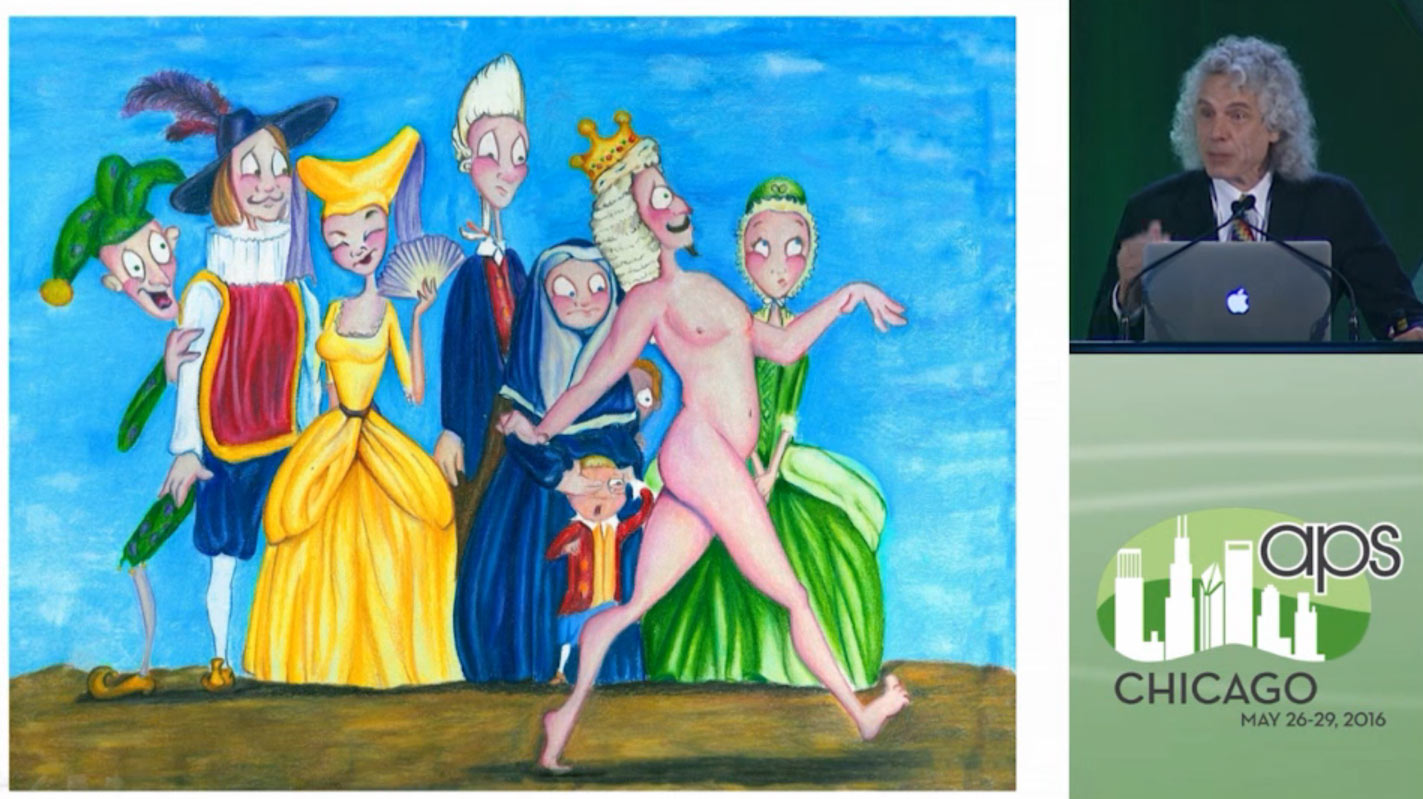 Shameless Self Promotion Turns You into The Emperor With “New Clothes”

People work, buy, gimmick, and game their way to perceived authority. Buying bot engagement online, or fitness stars using fake weights on Instagram; Are not so different from hiring mourners: or the fake strongman acts that were a staple of old carnivals. A magician’s twist on the strongman gimmick suppressed a revolt in Algeria for the Second French Empire. People can, and sometimes want, to be fooled.

Social media “stars” of today tricking the public aren’t the same as Robert-Houdin tricking the Marabouts out of a revolution. But both distort reality to gain influence over others. On performers deceiving audiences, Penn Jillette put it this way.

“My friend, David Blaine, seems to feel that the audience is supposed to leave a magic performance thinking that they’ve witnessed something supernatural and not just a trick. Penn & Teller proudly do tricks; David might want the audience to think he’s really magic.”

Oh, some fools, oh, they fool themselves

Professionally, not just for performing artist or celebrities, people try to gain influence. For example, naming trade association memberships and awards to land a client. I do it; Push ROI has client testimonials and logos on our home page.

There is nothing wrong with framing one’s work in the best possible way. However, it is easy to join an “everyone accepted” trade association, or win some “for sale to the highest bidder” awards and pretend these are credible. After all, most won’t know the difference and those who do likely want to keep the illusion going. If few people believe something, but a majority pretend a devout faith; is that truth by consensus?

In the pursuit of influencing others, we sometimes distort reality. An A+ rating from the BBB or a chamber of commerce award are not bad things; just not the level of honor the recipients often pretend or even believe them to be.

They’re not fooling me

Many agencies, including ours, are Google Partners. It’s a good thing. Partners must pass several tests, manage a minimum amount of ad spend and get a reasonable performance benchmark in AdWords. Being a partner helps a little in our jobs; we have someone at Google we can contact when AdWords related problems arise, and that is nice.

Still, it sounds better than it is, and I’ve seen agencies exaggerate Google Partnership. Most agencies in the program are competent. However, the badge does not guarantee rockstar performance, and not having partner status isn’t a sign of incompetence. Still, some agencies imply that the partner badge means they can walk on water, or even that being a Google Partner has something to do with SEO (it categorically doesn’t).

You can fool others, but It’s easy to fool yourself too; I can think of four honors, awards or titles I achieved because I felt they were so amazing as to be life and career changing. Sadly, none of these were more than a small resume bullet point, and pretending otherwise won’t help me in the long term. Still, it is often tempting to try to inflate the value of an honor.

And I know it isn’t true

A few friends and I talked about starting our own society for geniuses working to change the world. It would be Triple Nine Society meets Rotary Club. We called our plan, “the Lucille Ball growth hack” because it was overly complicated, but entertaining for a half hour. Using the address of friends employer’s we’d register a domain name, and toss up a splash page, implying that a fortune 100 tech company may be behind this new organization.

We’d print very nice looking invitations and send them to well known, academics, entrepreneurs, journalists, etc. Our, oh so fancy invites would say the recipient was being “considered for membership in a new, blah, blah…” you get the idea. We’d send out 1,000 invitations in one day and see the response. We joked about even asking for CV’s and IQ test results from respondents.

Once we had the first few hundred members, we’d send out press releases for the organization and have a members forum. Obviously, we’d list each member publicly on the site. Eventually, adding ourselves as members: Giving us a credible genius society and a network.

It was only a dinner conversation, we never tried any of it. But I like thinking about what could have happened. Would we end up making a real thing or just distort a lot of people’s reality? Maybe no one would fall for it? I think we could have fooled many people, because they would have an emotional blind spot, wanting this secretive honor to be real. Much like the way some people believe a magician has supernatural powers or some of your friends believe crazy conspiracy theories.

Oh, I know it isn’t true

In this case, even members who figured out we were bogus may not want to say anything. Undoubtedly many of them would have bragged to family, friends, and colleagues if they’d ever been fooled, even a little. The social pressure would make them want to keep up the illusion.

All the complex emotions I outlined in my thought experiment are seen in real life when a photographer creates fake photography contests or some major publication adopts a pay to play model. People do believe, or at least pretend to believe the myth is a reality. The fable of the Emperor’s New Clothes is a story about the distortion of reality, locked down by social pressure; As explained by Steven Pinker, (The entire video is embedded below this post).

Some people fall for metaphorical signs flashing “scam”. People buy training classes after they see a video of a man with 14 cars in which it’s fun to drive his books around. Variations of the Nigerian prince scam still work, and people join cults. But for the most part, when you by into a lie or try to warp other people’s reality, you open yourself up to be mocked when someone points out the obvious.

Mason Pelt is the Founder and a Managing Director of Push ROI. Follow him on his blog.