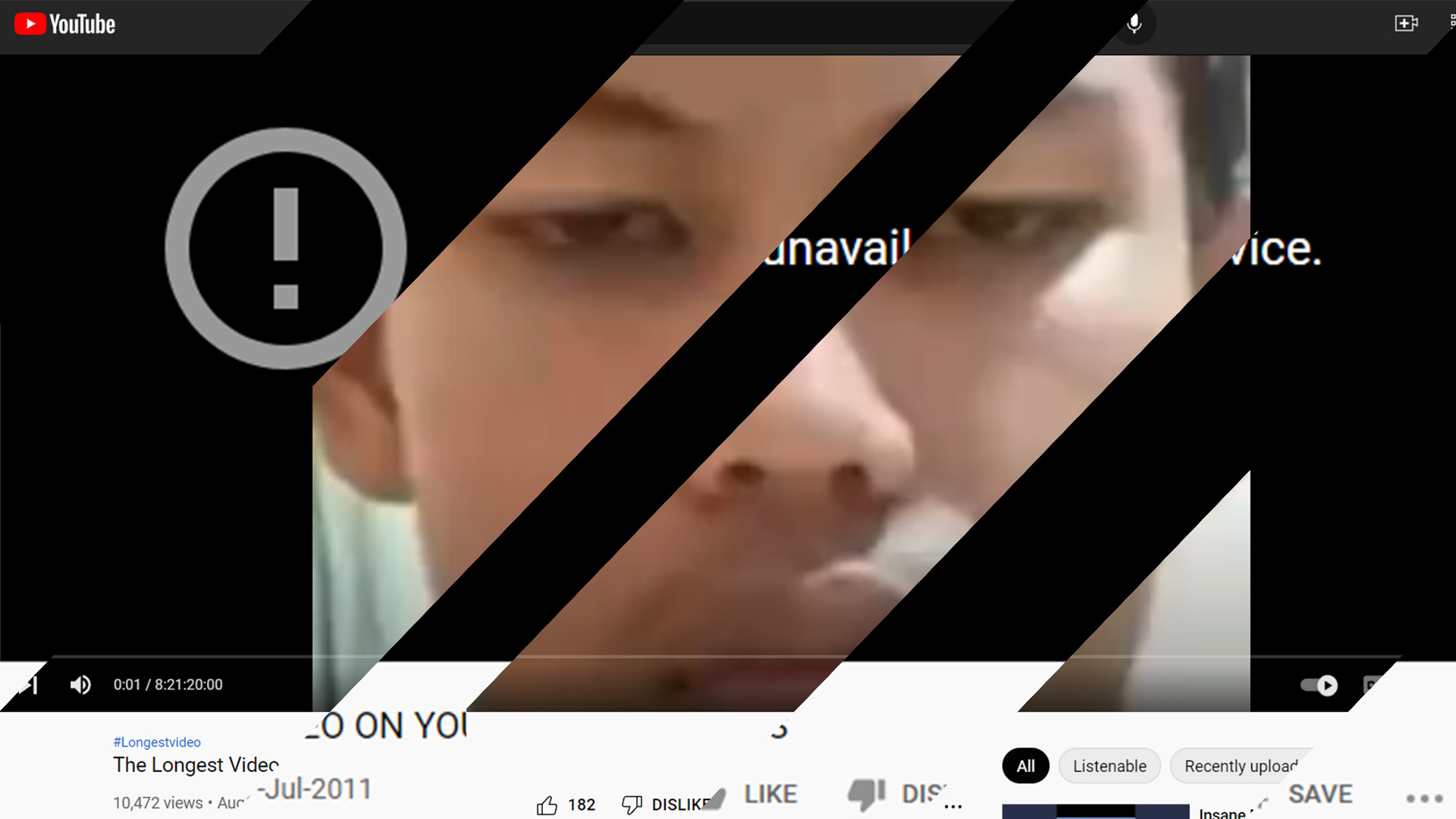 In December of 2010, YouTube lifted the time limit on video uploads, and by July 2011, Jonathan Harchick uploaded a 571-hour long video recognized as the longest video on YouTube. In media reports, Harchick’s said the challenge of uploading the 23 day and 19 hours slide show of photos from a trip to Chile was compressing it to within YouTube’s 20-gigabyte upload limit.

In December 2011, Harchick uploaded a longer video titled “The Longest Video on YouTube: 596.5 Hours“. IMDB claims that video holds the Guinness Record for being the world’s longest video on YouTube. Something Push ROI couldn’t verify with a Guinness World Records web search.

In 2022, more than ten years later, these videos are no longer viewable publicly on YouTube. The longest video, can in theory still be seen on Internet Archive. But even in 2011, Harchick’s videos were hardly playable due to technical errors.

The longest video currently uploaded to YouTube seems to be “The Longest Video on YouTube,” uploaded by Reazon Zean. The Reason Zean video is 213 hours and 20 minutes, so longer than a week but much shorter than Harchick’s two contenders.

Most world records are about pushing limits, often pointlessly. I’ve juggled more balls on a pogo stick than anyone else. But unlike running the fastest mile or my stupid record, uploading a longer YouTube video doesn’t represent any real achievement. Maybe we just put this particularly pointless world record to bed and say that at 596 and a half hours, Jonathan Harchick’s video is the winner.