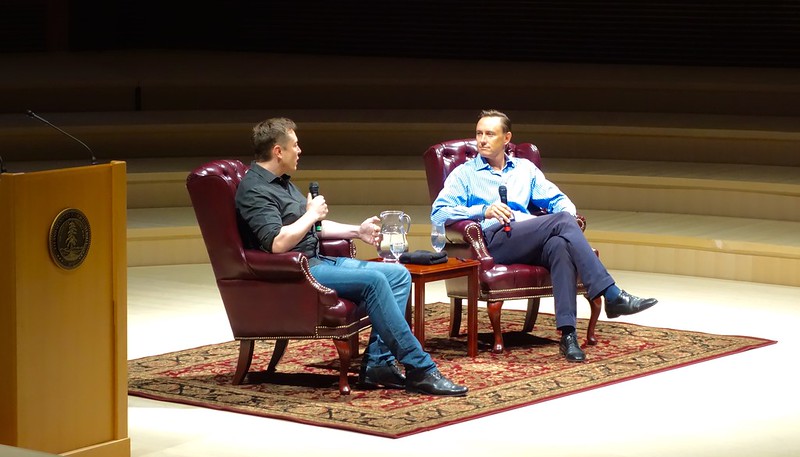 Elon Musk bought Twitter, or has come closer to it at least. At the moment, Twitter’s board has a “definitive agreement to be acquired by an entity wholly owned by Elon Musk”. A lot more needs to happen for Musk to take the company private, but seemingly everyone has written about that. This article is adapted from the below video.

Twitter’s usage among media types and the name “Elon Musk,” acting as a sort of traffic accelerant to any story, have created, in my opinion, outsized media coverage, even relative to the size of the acquisition. So I’m limiting my comments to one area where I have some expertise: ads.

It’s well known that Twitter earns most of its revenue from advertising, and my experience with the ads platform is that it’s pretty good. Over the last two years, I’ve only managed about $80k worth of Twitter ads, but I have a lot of prior experience.

Circa 2014ish, I worked on a project that used Twitter ads to create a direct sales lift above just terrestrial and other digital ads. The project had regional split testing, and the data was clear to nearly anyone’s satisfaction.

One of Musk’s many Tweets mentioned vague goals for free speech and product goals on Twitter. The Tweet concluded, “Twitter has tremendous potential – I look forward to working with the company and community of users to unlock it.”

Many people have written many words about Twitter features and content moderation policies. One of the better articles I’ve read regarding the latter is by Mike Masnick on Techdirt. But I’m not here to talk about that.

Musk is putting out $44 Billion to take Twitter from a publicly listed private (not a public utility) company trading on the stock market to a privately held company. The expense alone makes me think it’s fair to assume at least some of the value Musk wants to unlock is economic.

Here’s the rub, Twitter’s ad platform great. But Twitter ads, to the best of my knowledge and understanding from all of my experiences, cost more than ads on Facebook or Instagram. Every time Twitter has introduced a new ad format or ad placement, users and sometimes advertisers react um, er, uhh, adversely.

So Twitter, in my opinion, cannot create and sell substantially more ad inventory. Also, since the ads are already more expensive than other roughly comparable platforms, Twitter can’t charge more.

Like most, I can name ways I feel Twitter could improve. I may have written the most opinions on how Twitter should change verification (1, 2, 3, 4). But even if Twitter started charging a fee for verification, I’m not sure how much money they could earn.

Controversy about Twitter miscounting daily users aside, at $12 per year for verification, Twitter would only earn $2.34 Billion a year if all “monetizable daily active users” paid for it. Keep in mind that not all Twitter users are in the US, and $1 a month may be a lot more than disposable income.

Twitter is a weird company in that it has IP, team, users, and revenue, but it’s not easy to peg down the value. Most of Twitter’s assets cannot be separated from the whole. Twitter was worth more a year ago than the board just agreed to sell for. I’m not convinced Twitter has a lot of uncaptured value, at least when it comes to earning money.

This article is adapted from the below video.

Header: “Photos from my Elon Musk interview at Stanford for FutureFest” by jurvetson is marked with CC BY 2.0.

Mason Pelt is the founder of Push ROI.