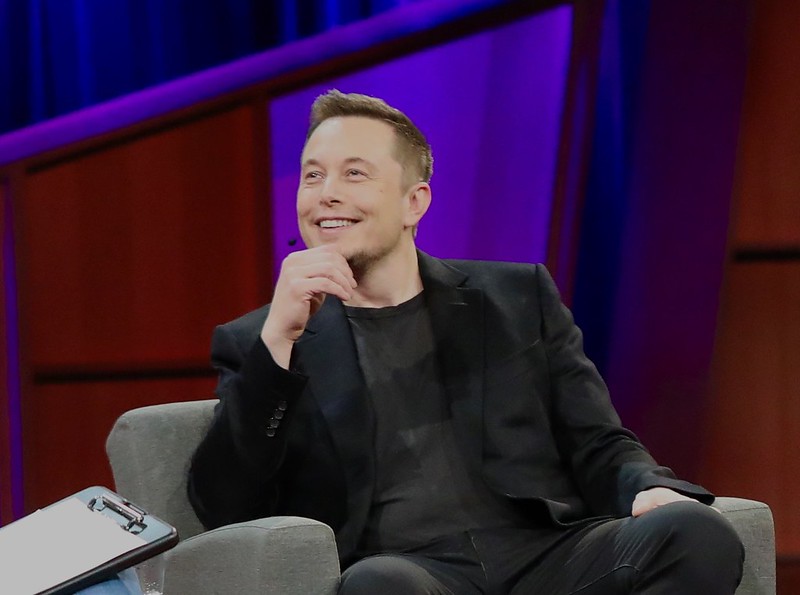 If there is one thing collectively valued by every society in the world, it’s the idea of a visionary. Humans seem to like the concept of someone looking into the distance and seeing what no one notices. A person who ignores everyone around them saying, “it’s a mirage,” and walks into the nothingness to bring something useful back from the void.

A visionary, must ignore the naysayers. If everyone saw what they see, they wouldn’t be a visionary. As a culture, we like to hero-worship visionary people—the innovators and pioneers who better our world.

People are so hungry for a singular genius who “think different”, that once someone is broadly accepted as a visionary, people will give them credit for ideas they didn’t have. A pile of innovator points awarded by nothing but perception gives them the advantage of support for any idea, no matter how stupid. Again if everyone saw the world like them, they wouldn’t be a visionary. But this chokes innovation.

In the case of Musk, like Steve Jobs and many others before him, perception acts as armor, deflecting skepticism and attracting capital. At times Tesla’s been worth more than its ten top car manufacturing competitors’ values combined. The lesson a lot of folks took from this (and other “success” stories) is that cloaking themselves in an innovator’s shroud is a cheat code to success.

I don’t want to get into Elizabeth Holmes right now, so let’s talk about Adam Neumann. Neumann managed to get WeWork to a valuation greater than the value of the buildings that housed it. That’s an overvaluation for a company that subleases space to individuals and small teams.

Think of the ideas that didn’t get funding because the funds were tied up in WeWork. WeWork, while not a tech company, was at least a viable idea. Not every overly valued idea is even possible.

Elon Musk’s idea for a Hyperloop is not possible, according to experts. The reasons why are complex, but the people saying this cannot work, are often willing to prove it mathematically. At best, it’s dangerous and less efficient than air travel; at worst, it cannot work over any distance long enough to matter.

A visionary or someone cosplaying in a visionary’s armor will ignore these people as naysayers. Part of being visionary is to ignore people, after all. And as an established visionary, people without the requisite knowledge to evaluate the problem will cheer them on.

The Hyperloop is getting a lot of money and cheering. Perhaps some of the research involved will prove valuable, but I cannot help but think of all the projects that could be funded for the same money. I believe the Hyperloop distracts from better solutions to the same problem and from other equally important issues in need of solutions.

Hogging funding and attention isn’t the only way “visionary” ideas strangle innovation. Many innovations creatively combine, remix, and iterate on what already exists. Thinking of an idea as so unique that all of the problems are new to it sends people on innovators’ snipe hunts.

My acquaintance Gary Leland very possibly created the first e-commerce store. In ’93 or ’94, he launched lelandswallpaper.com. At the time, the site lacked what are now considered standard e-commerce functions; Leland had moved a catalog online. Apart from the distinction of being a website, nothing was new. How people would order was a problem long solved.

E-commerce has grown and matured a lot since the early ’09s. But much of that maturity came from adapting and improving on existing tech and concepts.

If you’re my age, you probably knew someone with a pair of Heelys, the shoes with wheels. Combining shoes with removable wheels was a bit visionary. Heelys had engineering challenges for the wheels to fit into the shoe, but the shape of the wheel and the way the laces worked didn’t need to be rediscovered.

Even if an idea is truly unique, nothing is so new that starting from scratch as if all prior knowledge must be rejected is justified. A coffee shop may need a point of sale system, payment gateway, email provider, web host, CMS, and much more, but building each in-house is unnecessary.

Some people will try to reinvent everything just to get a cafe open. The subtle resource waste that comes from trying to build solutions to solved problems in the name of being visionary causes both slow and quick deaths of companies.

I think that innovation is good. I believe real vision is good. But the hero worship that arrives with being perceived as a visionary is detrimental to actual innovation.

“Elon Musk Dreaming of a Brighter Future” by jurvetson is licensed under CC BY 2.0.